On May 14, the European Court of Justice (ECJ) has ruled (Case C-55/18) that all Member States must require employers to set up an objective, reliable and accessible system registering the effective daily working time per worker.

The European decision derives from a collective conflict originated in Spain. A union requested the employer to set up a system that would allow verifying whether workers worked overtime, and whether the employer complied with working time limitations, including health and safety resting time. Because the union argued that the obligation derives not only from Spanish legislation, but also from European law, the Spanish court requested a preliminary ruling on whether Directive 2003/88/CE on working time, and Directive 89/391/EEC on safety and health of workers, impose recording daily working time.

The ECJ’s decision has ruled that the referred Directives mandate setting up such system. In consequence, all Member States must require employers to set up an objective, reliable and accessible system registering the daily working time by each employee. Such registry is necessary to verify compliance with maximum daily and weekly working time, and with resting periods.

In conclusion, Directive 2003/88 and Directive 89/391, preclude a law of a Member State that does not require employers to set up a system enabling measuring the duration of time worked each day by each worker. It falls on each Member State to determine the specific arrangements for implementing the system.

Spain just introduced a system, in force since May 12, requiring that all employers register the start and end of effective daily working time by employee. One of the core debates in Spain, if this can inspire thoughts for other countries, is how to keep this registry in step with flexible working time organization. In this sense, an essential issue is how to keep track of activities that workers perform between the start and the end of the daily work, but which are not “effective working time”, such as the use of personal phones for personal purposes, coffee breaks, lunch time, use of gym, and others. This raises the issue of whether self-statements are a valid system, the extent of the employer’s verification powers, GDPA requirements to use technology, the system’s reliability, etc.

We will use this communication channel for updates of the Spanish advances on this topic. 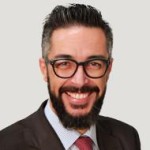