Today, the Official State Gazette published the new Spanish Public Procurement Act (Ley de Contratos del Sector Público), which transposes EU Directives 2014/23/EU and 2014/24/EU, of 26 February 2014. This regulation, which brings significant changes to current regulation in force, contains an important set of employment measures, which means that it must be studied beyond its purely administrative scope, reaching a wide range of labor matters. With some exception, the Act will come into force four months after its publication in the Official Gazette, i.e., March 9, 2018.

We will monitor its implementation closely and its interpretation in our administrative and labor bodies. 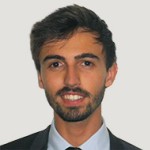