On August 30, 2018, the Spanish Markets and Competition Commission (“CNMC”) issued a decision ruling that the pricing system set up by Pfizer, Janseen-Cilag, Merck Sharp & Dohme, Lilly, Sanofi-Aventis, and Novartis in the early 2000s had not been shown to infringe antitrust regulations (case S/DC/0608/17 EAEPC versus Laboratorios Farmacéuticos).

In large measure, the CNMC ratified the earlier PFIZER/COFARES decision of January 19, 2017 (case S/DC/0546/15), in which it held that the pricing system used by PFIZER was not a dual pricing system aimed at limiting parallel imports in the EU. In this case, like the finding in the PFIZER case, the CNMC held that the price system pharmaceutical companies offer their distributors arose from changes to Spanish pharmaceutical pricing regulations, not from an independent decision on the part of each of the companies concerned.

The novel aspect of the EAEPC vs Laboratorios Farmacéuticos decision is the CNMC’s response to the allegations by the complainant, EAEPC, concerning the alleged existence of coordinated practices by the pharmaceutical companies to set up a concerted pricing policy. The CNMC considered two indicators on which that claim was based:  (i) the modifications in pricing policies by the companies named were made at the same time, and (ii) there had been a general reduction in the number of distributors used by the pharmaceutical companies since the year 2000.

In the first case, the CNMC held that the substantial overlap in the successive modifications in the pharmaceutical companies’ commercial policies can be explained by changes to the law affecting the regulatory framework.

In the second case, the CNMC attributed the decrease in the number of distributors to the trend towards concentration in the sector, in which currently the six largest pharmaceutical distributors hold a combined share of nearly 90% of the market.

Accordingly, the CNMC did not consider that article 1 Spanish Antitrust Act 15/2007 of July 3, 2007 or article 101 Treaty on the Functioning of the European Union had been infringed. 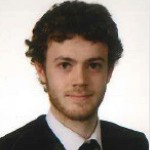